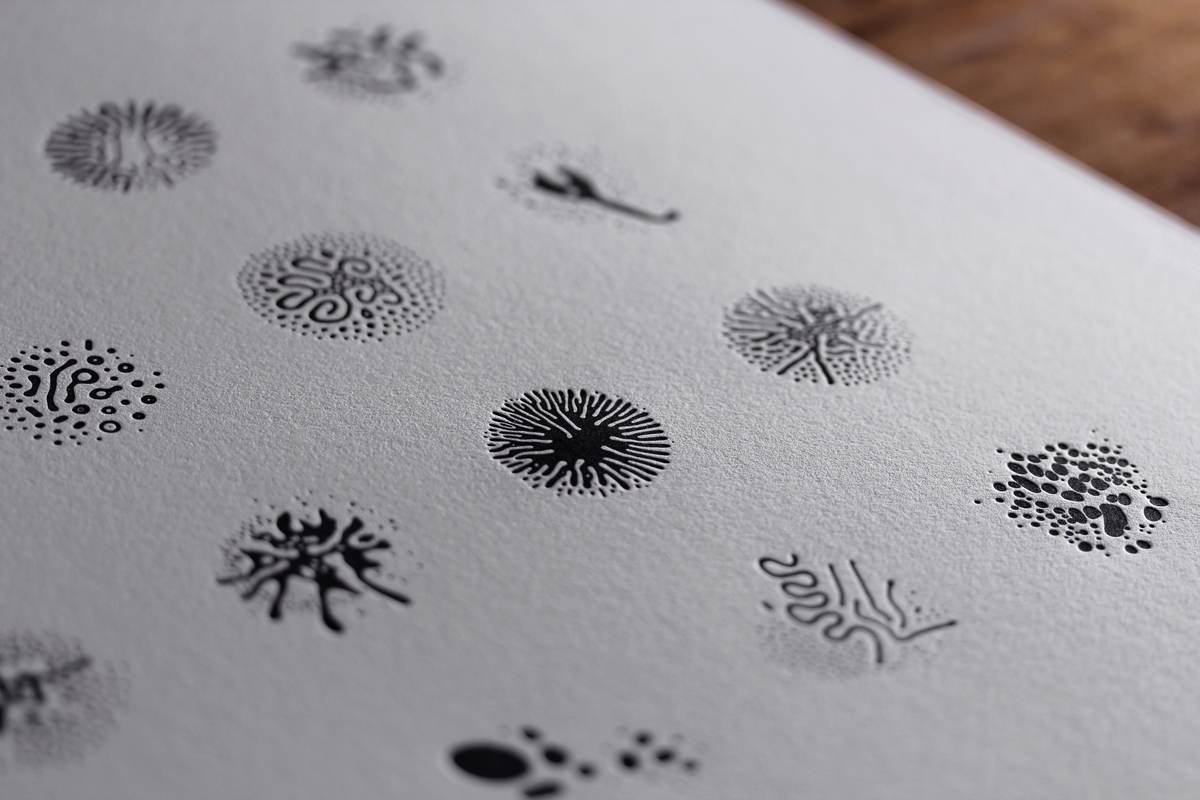 Designer Craig Ward and photographer Linden Gledhill collaborated on a project called Fe2O3 Glyphs, where they used science and traditional printing to create a series of symbols that have now become a typeface.

Ferrofluid was used and subjected to spinning magnetic fields, which created unique hieroglyphic. Each one is different, and that’s what makes this so intriguing.

They also created a complete .otf typeface using this process, designed to question what a typeface is, and what it can be. The typeface has 138 markings and symbols that were made using the process described earlier, then traced as vectors to become a set that you’ll be able to make use of.

Additionally, Craig and Linden created a moveable type printing system that will be used to create a series of one-off prints. “To bring the project full circle, the prints will be created using a mixture of actual ferrofluid and Pantone Pure Black printers ink, so crucially, the printing medium dictates the form of the glyphs, as opposed to the other way around,”.

See more on this here: http://www.digitalartsonline.co.uk/features/printing/science-meets-typography-in-fascinating-fe2o3-glyphs-project/#2